Vote in the 2020 Presidential Election 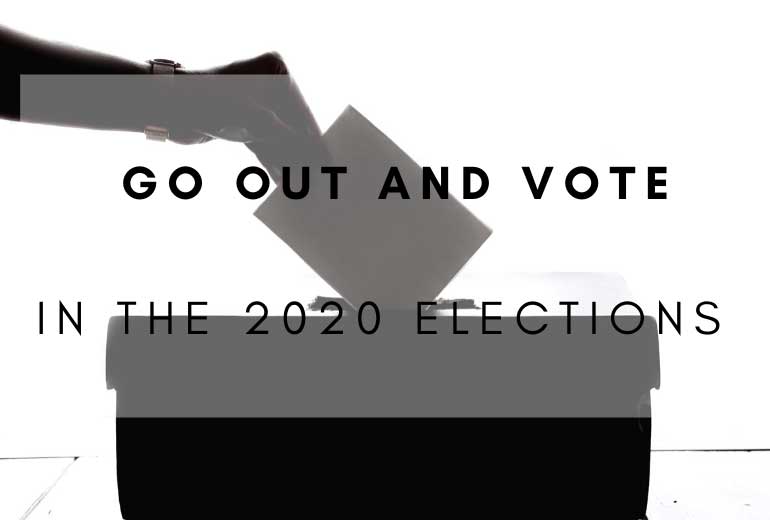 This next month, Californians will be able to begin voting for the 2020 presidential elections. At SOCHi we want to encourage all students eligible to vote to use their voice and make them be heard. Just like at school, we want you to be able to go out and have an input about how your life is governed. If you have a problem or suggestion at school, you can take it up with the academic dean, here in America, you can take it to the polls! Here are a few things that will be on the 2020 ballot that are relevant to our students.

In proposition 21, Californians will be voting for or against rent control initiatives. A vote for yes means that you would support local governments to adopt rent control on housing properties that were first occupied over 15 years ago. A vote for no means that you do not support this which means that nothing would change and rent control would continue to be prohibited on housing that was occupied after February 1st, 1995. This affects any students and their families who are currently living in homes that are rented.

Proposition 23 would directly affect any students working or planning on working in dialysis clinics. A vote for yes would require certain stipulations for dialysis clinics like having “an on-site physician while patients are being treated; report data on dialysis-related infections”. This also means that they would need to obtain consent from a state health department before closing a clinic and not discriminating on patients based on source of payment. A vote for no would mean that none of these requirements would be deemed necessary. Our medical assistant, certified nurse assistants, and phlebotomy techs should pay close attention to this. This does not just necessarily apply to students working there, but any students who may have families on dialysis.

Risk Assessments Instead of Cash Bail

Proposition 25 directly affects anyone in the prison industrial complex. In California, if one goes to jail, they are often offered an option to be released from jail until their court date with a payment for bail. A vote for yes on this proposition would get rid of these processes and just release people based off of low and high risk crimes. If a crime was low risk, they released the person until court, but if it was high risk the person would have to stay in jail until their court date. A vote for no on this proposition would keep the current bail system we have right now.

Voting Rights For People On Parole

Proposition 17 supports the right to vote for people on parole or current felons in the state of California. A vote for yes is to allow them to vote. A vote for no keeps the current system in which felons and people on parole can not vote during elections. This affects any students with a current record who feel as though they can not vote. Do you know someone with a record? How you assess their voice in elections could be how you would vote on this proposition.

Proposition 16 involved the amendment 209 which speaks on affirmative action and discriminiation. A vote for yes would support repealing amendment 209 which states that “government and public institutions cannot discriminate against or grant preferential treatment to persons on the basis of race, sex, color, ethnicity, or national origin in public employment, public education, and public contracting.” A vote for no would keep amendment 209 which states that cannot discriminate. In the context of this bill discrimination means to show paritality in favor of certain groups or prejudice against certain groups based on ethnicity, sex, race, etc. This affects any students who are going to choose to move on to other educational institutions that look at certains traits such as those stated above.

Proposition 18 centers around primary voting for 17 year olds. At this time, anyone who is not 18 can not vote in any election. A vote for yes on proposition 18 would mean that anyone who will be 18 at the time of their presidential election, but not during the primaries will be allowed to vote in primaries as a 17 year old. A vote for no would mean that the current rules in which anyone under 18 can not vote will stand. This affects any students who have younger siblings or know of anyone who will be eligible to vote during these precedent times. It also affects anyone who believes that voting is essential under those conditions.

App Based Drivers as Contractors

Proposition 22 involves the drivers who work for your favorite ride share apps such as Uber or Lyft. It states that a vote for yes would “define app-based transportation (rideshare) and delivery drivers as independent contractors and adopt labor and wage policies specific to app-based drivers and companies.” This means that drivers would be earning wages that all other workers in California are entitled too along with the rules and stipulations that follow such as minimum wage and a certain amount of hours a week to work. A vote for no would keep things the same. This proposition affects any students who are currently drivers or use any of those ride sharing apps to get around town or even to school. This proposition could change the efficiency and prices of these ride sharing apps.

Why You Should Vote?

At Southern California Health Institute we believe that if you are eligible to vote you should use that power to make a change. We are not here to encourage you to vote a certain way but instead here to encourage you to practice your civil duty and rights. Please make sure you are registered to vote. To find out where your nearest voting place is please head to vote.org. Due to COVID-19, we encourage students to practice safety and try to vote at home with their ballots and assist anyone else who is struggling to do the same.