How to Treat Carpal Tunnel Syndrome With Massage Therapy

Many people first think of shoulders, necks and backs when hear the words "massage therapy," but this therapeutic treatment has many other applications. One little-known use? Relieving the symptoms of carpal tunnel syndrome.

Let's take a closer look at this condition, along with how massage therapy can help improve the lives of people living with this painful progressive condition.

What is Carpal Tunnel Syndrome?

Carpal tunnel syndrome, which affects 10 million Americans, according to the American College of Rheumatology, occurs when the median nerve running from the forearm to the palm of the hand becomes pinched at the wrist. It can be caused by several different factors, including the anatomy of the wrist and patterns of hand use. It can also result from underlying causes, including everything thing from arthritis to diabetes.

While symptoms of carpal tunnel syndrome begin gradually with feelings of tingling, numbness and itching, the condition can eventually lead to decreased muscle strength and the inability to perform certain manual tasks. If left untreated, carpal tunnel syndrome can eventually result in the wasting away of thumb muscles. Some people even lose the ability to determine hot and cold by touch!

While carpal tunnel surgery is fairly common in the U.S., it's only recommended if symptoms last longer than six months. Certain non-surgical interventions can play an invaluable role in managing symptoms, including a period of initial rest, immobilization through wrist splinting, and cold therapy. Some doctors also prescribe steroids and anti-inflammatory medications, but these are often accompanied by unwanted side effects. Because of this, many patients are turning to alternative therapies, including exercise, acupuncture, chiropractic care and massage therapy.

As with other massage therapy applications, several different techniques can be employed during manual therapy of the hand and forearm -- all aimed at breaking down scar tissue, restoring full elasticity to muscles, easing friction in inflamed areas, and supporting and strengthening the flexors and extensors of the wrist, hand and fingers. The end result? Not only the alleviation of symptoms, but also critical pain relief.

With peak prevalence of carpal tunnel syndrome in older people, the need for effective treatments will continue to rise as the population ages in the imminent years ahead. With the job outlook for massage therapists already forecasted to grow by a staggering 22 percent between 2014 and 2024, according to the Bureau of Labor Statistics, today's massage therapy programs offer a path to a terrific job...and the fulfilling opportunity to help change people's' lives for the better. Think you've got what it takes to be a massage therapist? Request information from SOCHi today. 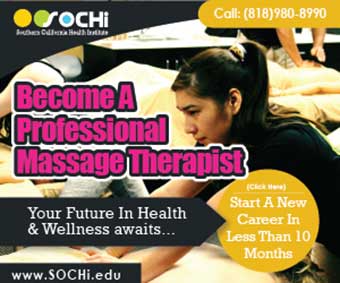