Over the past two decades, there has been state and federal legislature pushing towards a system of healthcare that promotes price transparency. From the Centers for Medicare and Medicaid announcing they would be enacting a new “public reporting” procedure in April of 2014, to legislation stating that health care price estimates received from price transparency tools need to be accurate in February 2015, the process has been rolling out. But why? What is Price Transparency and why is it even important? Well, price transparency can assist you in the difference between an $80 bill and an $8,000 bill.

As stated above, when we promote a sense of transparency in health care prices, it can diminish large disparities between bills that include necessary tests, medicines, and treatments. Often, patients fall into a state of shock when they see large bills after a meeting with a doctor. Since the healthcare network has become commercial in the way patients “shop” for care, to drawback on transparency is to hide pricing essentially.

Ethically, it is crucial to encourage transparency to garner positive morale and even a gain in credibility from providers. In “Price Transparency In Medicine Faces Stiff Opposition — From Hospitals And Doctors” posted on July 25th, 2017 from Kaiser Health News, Rachel Bluth states, “Many patient advocates say such transparency would be helpful for patients, allowing them to shop around for some services to hold down out-of-pocket costs, as well as adjust their household budgets for upcoming health-related outlays at a time of high-deductible plans.”

Everything About Price Transparency

Not only does transparency usher in an ethical methodology of practice, but it can potentially lower prices and promote cost control. According to a survey released in May 2015 by Public Agenda, it is noted that 56% of Americans have compared rates in the HealthCare industry by using price transparency tools. 82% of those informants state they would indeed do it again. Many different intersections can play into what your bill looks like such as insurance providers, geographical location, and identity traits; therefore, Prices for healthcare can be quite confusing for many accustomed to the industry, let alone the average Joe or Jane.

The Robert Wood Johnson Foundation states, “According to an article in Health Affairs, both price transparency and reference pricing—the cost consumers can anticipate paying for a given procedure or health service—have helped reduce costs in the long run. ‘The historical opacity of health care prices is widely believed to be a major factor inhibiting the more efficient functioning of the delivery system,’ according to the Robert Wood Johnson Foundation. ‘Health economists and other experts are convinced that significant cost containment cannot occur without widespread and sustained transparency in provider prices.’”

Where Medical Billing and Coding Can Come in Handy?

For the time being, the price of sustaining an efficient healthcare system in the United States is going nowhere but upwards. Providers and Insurance Companies thrive on a lack of transparency by lowering.

Awareness and dodging the need to disclose pricing through various non-disclosure orders. Like any other issue, to begin to untangle it, we must shed some light on it and start to face it head first with legislation. This can be done through raising awareness through media and municipal governments then leading up to campaigning and promoting various laws that push a sense of price transparency.

Medical Billers and Coders can also assist patients and medical professionals in navigating this information in such a problematic healthcare climate. Acting as the moral and logistical backbone of many medical institutions, Medical Billers and Coders provide the necessary functions of producing a system that promotes transparency. As the healthcare reimbursement climate changes so rapidly, jobs for medical billers and coders are on the rise. SOCHi can help you learn the skills you need to join this growing industry and help patients make full use of their healthcare spending while assisting doctors to continue to focus on the quality. That being said, with the assistance of professional and certified Medical Billers and Coders, price transparency can morally and fiscally assist the American Healthcare System in optimizing efficiency by being prideful while sustaining manageable prices.

Are You Ready for a Career in Healthcare?

What is Suspension Training? 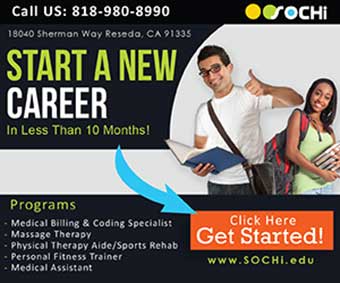